The ‘ Adalaj Stepwell’ which has ‘well’ withstood the vagaries of time stands austere yet elegant in the non descript surroundings of Adaalaj village located about 20 kms from Ahmedabad on Ahmedabad Gandhnagar highway. Built in 1499 AD this stepwell is a popular spot both amongst the locals and tourists. Stepwells, or ‘baoli’ or ‘vav’ are innovative structures popular in the North western part of the country to harvest rain water and store ground water so that it can be used for bathing, drinking, washing etc. Among the many  ‘ baolis’ found in this regIon Adaalaj step well is probably one of the most majestic and better preserved ones. 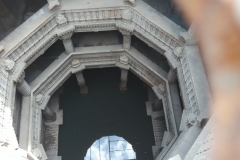 As you enter this five storey step well , ornately carved in sand stone you get a feeling that you have entered the sets of Indiana Jones and the Temple of Doom. Descending down the steps of the step well one marvels at the intricate carvings on walls, ‘jharokhas’ (windows)  and doorways which are a blend of Mughal and Hindu styles.

As the story goes,  Rana Veer Singh wanted  to build the well for his beautiful wife Rani Roopba but his kngdom was attacked by Mohammed Begda and  Veer Singh was killed in the battle. Begda proposed to Rani Roopba who agreed to  the marriage proposal on the condition that the stepwell be completed. However when the stepwell was completed the queen jumped into it and ended her life. Near the well are also some graves which are believed to be of the workers who built the well. These workers had been sentenced to death by the king as he didn’t want a similar well to be constructed. 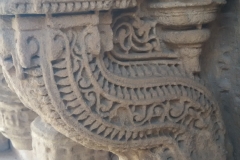 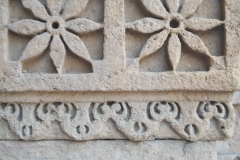 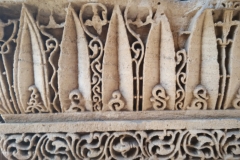 One also notices the well manicured lawns surrounding the ‘baoli’ and a huge banyan tree in the premises which is a perfect backdrop for a family picture. For those travelling on the Ahmedabad Gandhinagar highway a visit to the monument would be time well spent and those staying in the vicinity can carry a picnic basket and send some happy time here. 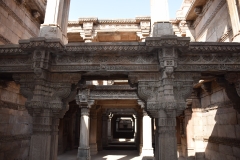