She conquered and the time stood still; mountains watched in awe while she wrote a page in history.

She might have been alone in the victorious moment but the mountains, the daunting roads and her sole companion- her cycle were there to witness the moment  sands of time will never forget. No mean achievement for our incredible  girl, Sunita Singh Choken aka Jenny, who pedaled 4654 kilometers in 46days across 10 states to complete the final feet of her solo journey. There was excitement in her voice when she reached the final leg of her long and arduous journey.  She was standing atop  5,359 m (17,582 ft) of what is said to be the world’s highest motor-able road. 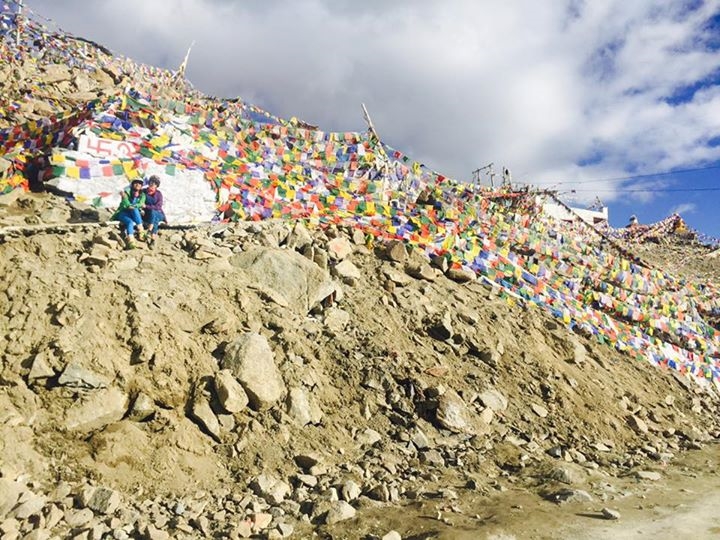 As we rejoiced with her  we also felt  emotions pouring  in us.  We, of course, were overwhelmed that our iron girl achieved what she had set out to do, .It will be our endeavor to ensure that her  victory does not   go unsung; because an inspiring story of this magnitude  motivates those poor families who struggle to send their daughters to school,; it gives strength to a lone woman on street who fears for her safety and it will give confidence to a meek girl who feels like a lesser mortal because she could not be a son to her parents.

But we are swelling with pride for being there with her every day when she pedaled through hostile weather, lewd remarks, resisting wind, undulated paths, steep mountains and thousands of unassuming people who became her companion on her journey. Our media may not have paid attention, NGOs, that vouch to make a difference, might have chickened out in this case but the sapling she planted now will grow into trees and will bow in gratitude some day. The children, for whom she covered extra miles to meet and inspire will someday write a success story and remember her.
She stood alone in front of the stone that announced her final arrival to Khardungla pass. She got some army men to click her pictures while she posed with mixed feelings that one invariably gets when something huge has been accomplished.

Soon she was joined by her equally awesome sister Jen and her newly acquired friends Miguel and Denis. They came in a car to celebrate that over the top feeling of victory with her and to take her back to life  ordinary.

As she animatedly talked to them, she reminisced each moment of her final stretches that began at Leh and ended at Khardungla. These 40 kms at the world’s highest and most daunting motorable road was also the most challenging. She reached SouthPullu check-post  just 16 kms from Leh effortlessly and took a break to complete formalities of documentation. After she left Pullu behind, the real challenge began. She found a no-road stretch with only boulders, stones and slippery pebbles threatening and challenging her. She found it impossible to pedal but resilient as she is, she refused to let go her companion of 46days- her cycle.
Probably it was  payback time for her because the bicycle that she mounted for all these days was finally mounting her. She carried her cycle all the way to Khardungla pass and after 11 hours of living the Aesop’s fable – ‘who rides whom’ she reached her final destination.
Did she leave any print on the sand of time? Yes, her feet will be etched in the pages of history and in the hearts of people who understand the meaning of courage, passion and accomplishment.
We, from Offroaders wish Sunita aka Jenny many more victories in her future endeavors, because we know she is not the one to sit pretty on her past laurels. She will be back soon to go where eagles fear to fly.
May the world be yours Sunita Singh Choken! 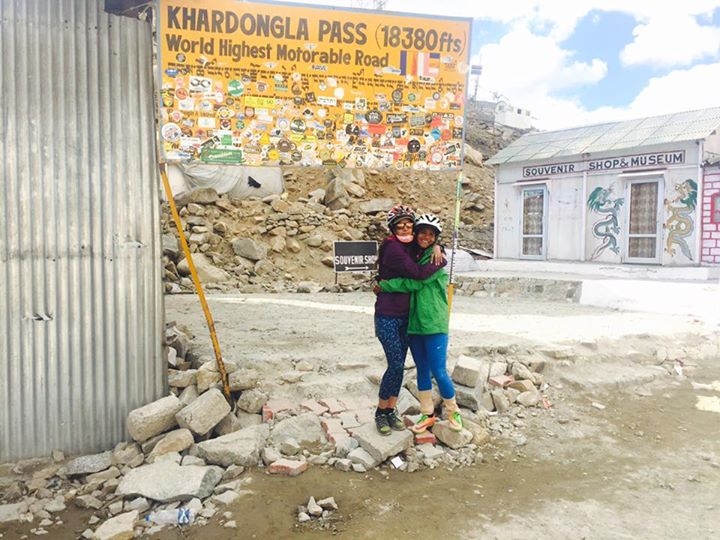 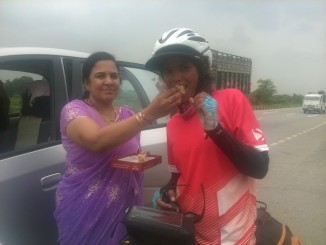 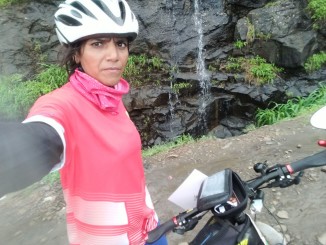 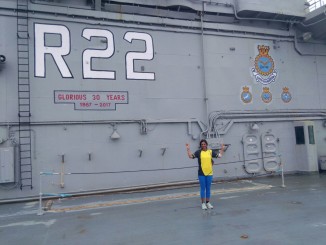