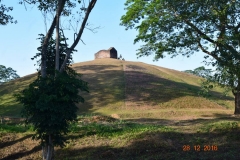 Sivasagar or Sibsagar,as it is commonly known, has history wrapped in its folds. The mighty Ahom kings made it their abode before Britishers invaded the serene calm that prevailed in here. But its quiet charm could not be disturbed even after centuries, and when you traverse the serpentine roads of neat and picturesque town, it feels you’re reading  a chapter in history. It feels like only yesterday when the peace loving royals of Assam were struggling to fight their battles with Mughals and then the Britishers. The local guides fondly narrate the stories of their beloved  king Swargdeo and his revered mother  Joimoti, who, for them, symbolize power and sacrifice. There is a sense of pride in the rich cultural heritage that you see in Sibsagar’s many architectural marvels like Rang Ghar, Sivsagar Tank, Joysagar tank and Kareng Ghar. 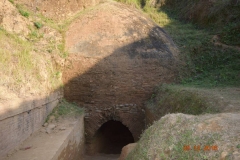 But what stupifies you the most is Charaideo,  a district declared in 2015, it was the first capital of the Ahom kingdom established by the first Ahom king Chao Lung Siu-Ka-Pha in 1228, about 30 Kms from Sibsagar.  It hosts, which could have been one of the wonders of the world, ‘Maidamas’, literally  translated as burial grounds. The Maidams are huge mounds of earth which, to an onlooker, might appear like a simple landscaped area from a distance. It is unimaginable to think that they could actually be the graves of the great kings and queens of Assam.

The local guides reveal that these objects of wonder are actually built on the concept of pyramids of Egypt. The 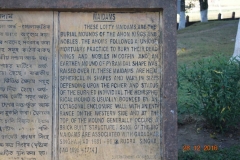 kings and queens are buried along with their loved objects, wealth and even animals they did not want to part with and therefore, the mounds are not just earthen mounds, they are, in reality, solid structures, some even multi storied. An engineering marvel that speaks volumes about the talent and craftsmanship of masons and architects of those times and days. It’s a different world out there-a world of dead who now live in the legends and folklore sung by locals. The mounds are the abode of stories told and untold. They are surrounded with flora and fauna and footpaths, like their occupants will suddenly come out for a recreational walk in the evening.

What lies beneath is mostly buried in mystery. Nobody has even ventured into them, either due to fear or due to respect and awe. Archeological survey has done some digging in one of the structures but the knowledge they might have dug out has not been shared. So, the curiosity it inspires can no way be satiated. What also remains a mystery is the apathy of the local and central government. What could have been a favorite site with tourists and explorers is almost lost in oblivion. 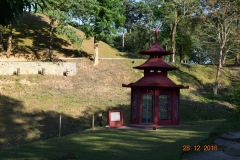 Only 30 out of 150 Maidams are protected by the Archaeological Survey of India and Assam State Archaeology Department. Most of these unprotected Maidams have become either the playground for local children or the picnic spot for weekenders who are unaware of the history buried under them. The biggest unprotected Maidam is the Bali Maidam near Nimonagarh. This Maidam is called Bali Maidam, because while British plundered it, they got obstruction from excess sands (Bali) in the surrounding of the Maidam. The site has had some archaeological excavation but also has suffered some uninviting attacks from robbers. There have been calls for the site to be UNESCO World Heritage listed.

As I drove past the dusty lanes of Chirardeo, I felt bewildered and sad. While the local guide could not hide his pride in the rich cultural heritage I wondered how much more we have to explore in this land that I may never even know. The sense of belonging was mixed with a sense of loss. I felt the sand slipping by…what more could be lying beneath… 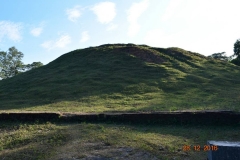