Exploring Indore and its beautiful surroundings is a constant pursuit in me especially during the rains which somehow makes it more alluring. While driving on the bypass towards Mhow one sees a nice mountain range in the far distance and one particular feature with a jutting out structure on top which always catches your eye unawares. So 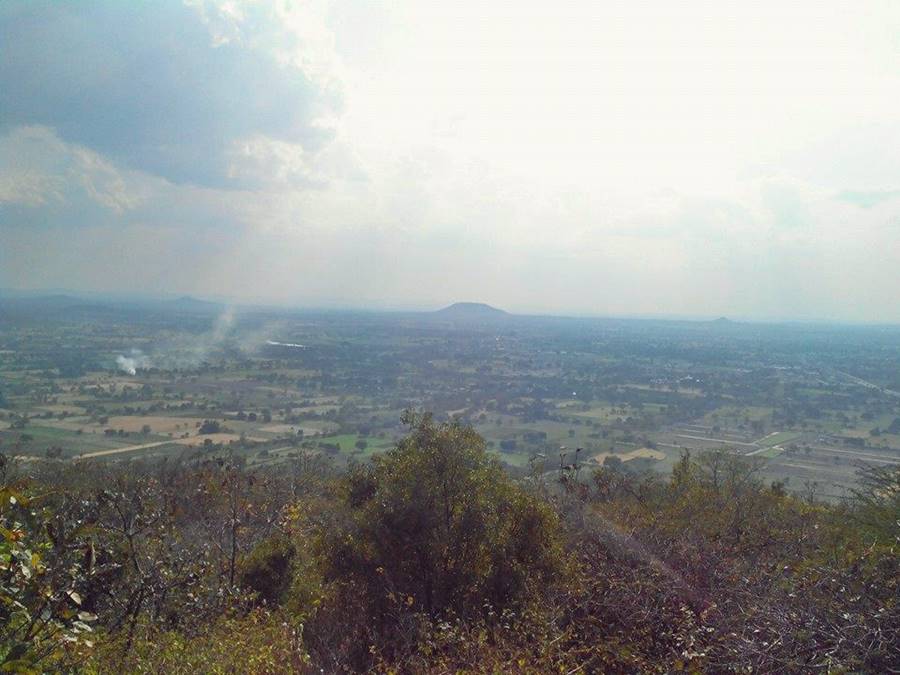 this time thought of finding out what was in store. It’s a beautiful hill about 20 kms from Indore which houses an ancient palace built by Holkers‘. The weather was superb; it drizzled intermittently with small flashes of the sun. The weather was ideal for exploration. So I Took my camera that is always very keen to accompany me on shoots, put on my trekking shoes, basic bottle of water and a survival umbrella. Checked out the Google map and discovered it was just 17 kilometers from Sanjana Park. Drove to the base of the feature and was greeted ( rather met ) by the most dull, uninterested, couldn’t care less variety of forest female guards at the entrance. After I bought the tickets I wanted some directions. This pair told me in a most challenging manner that park the car and walk. Walk…how far…all the way…oh…you mean I cannot drive to the top of the feature? One of the women tells the other..ab toh purchi phat gayi….paise waapis nahin honge…oh come on I said, I don’t want the money give me the directions. When I realised I was hitting my head against the wall, I decided to drive to the parking that was somewhere behind the gate. At the gate there were 5-6 men sitting on chairs that were at random spread out …and they seemed to be in no mood to open the gate…so I waited …till one of them asked the women on the ticket counter…and she mumbled something. Then this man very reluctantly got up and opened the door as if he was pained to see a visitor. Taking a cue from his body language I just ambled across to try my own luck at exploring whatever was there in store. 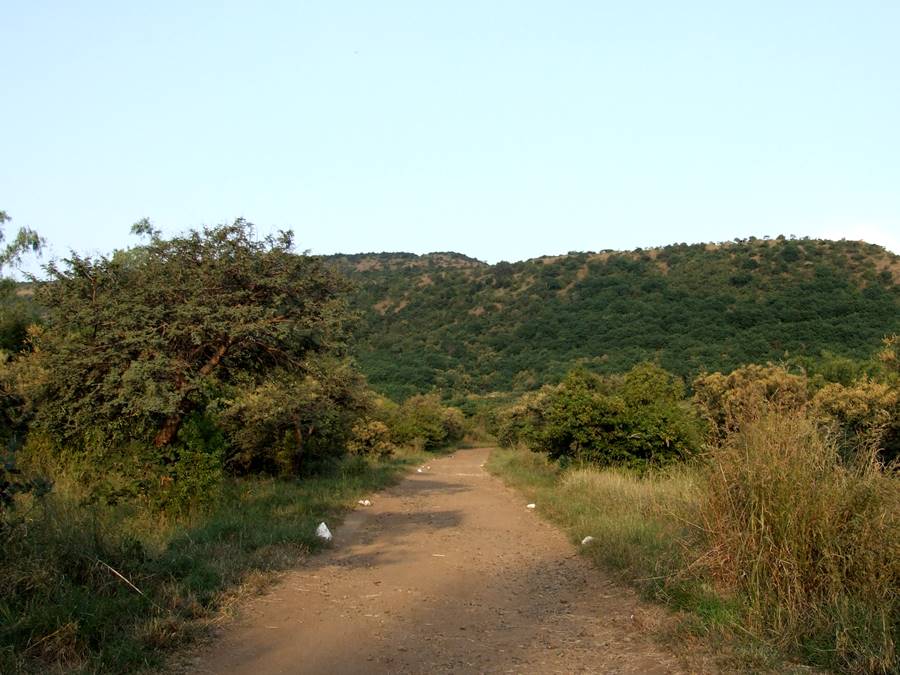 I parked my car in a huge parking lot where there were about 5-6 cars parked and maybe about 15-20 motorcycles and some young love birds in various stages of coochykooing. I took my camera, the water bottle and my umbrella and sauntered off in the general direction of the mountain. The task looked daunting as it had started drizzling as well. With poor to no signposting I quickly checked out with a khaki uniformed worker also walking up. He was very amiable and gave me directions and some cautionary words of avoiding the short cuts as they were very slippery then. I mounted on the journey and the place looked like a haven for the young college boys and girls who flocked the lower regions of the foothills, some still dressed in the college uniforms and ties. The walk up was through a very verdant lush green absolutely awe inspiring woods.The path was broken at places, lined with boulders and at places concrete road as well. Throughout there were very strategically placed benches and some gazeboes for a small break. With small picture taking breaks and some mesmerizing views, I reached the pinnacle in about 1 hour and 50 minutes. The view from the top was worth the walk. There was a small building – the game lodge of the Holkars which was under renovation and the effort is on to make it into a museum to show all the shikar trophies of the erstwhile king. The man responsible there was again a very friendly man and took me on a small tour of the place. Every minute of the walk and climb uphill was worth it once you land on top of the watch tower that is 794 meters above mean sea level. The promise of a canteen and a cup of tea did not work out as the man running the show was missing. All said and done, the place has a certain character of its own. The clouds danced around me as if welcoming me and telling me…don’t worry about the not so pleasant behaviour of the forest guards at the entrance…we are here to welcome you with so called open arms.
Author ~ Capt. BJ Singh